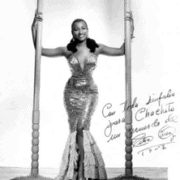 Úrsula Hilaria Celia de la Caridad Cruz Alfonso, more widely known as Celia Cruz, was a famous Cuban singer and left a footprint in history as one of the most popular Latin artists of the 20th century. Often referred to as Queen of Salsa, Celia Cruz‘s biography and history are very rich, intriguing and full of accomplishments. Therefore, let‘s explore and discover the history of the legendary Cuban singer in 4 steps that are made simple, to take you back through one of the most illustrious music careers in Latin America‘s history.

According to Catalina Alfonso Ramos, her mother, Celia Cruz began singing as early as 10 months of age!

Celia Cruz was born at 47 Serrano Street in the Santos Suárez neighborhood of Havana, Cuba while her father, Simon Cruz, worked as a railway stoker and her mother was a housewife who took care of a big family of 14.

What started early continued every year for Celia Cruz. She sang practically everywhere: in school during the Fridays’ actos cívicos, in her neighborhood ensemble, Botón de oro and in cabarets as a teenager when her aunt took her there to perform.

Yet, still Celia Cruz originally intended to become a literature teacher, but it was that critical victory in a
talent show where she interpreted the tango piece „Nostalgia“ in a bolero tempo that became lifechanging, making her pause studies to pursue what became an elusive music career. 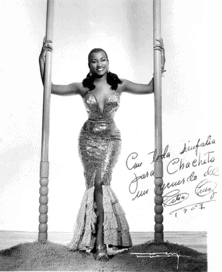 Step 2: The Rise Of Musical Career

Her musical breakthrough started here in Cuba with her first recordings made in 1948 and 1950 when she began singing with celebrated Cuban orchestra Sonora Matancera.

Celia Cruz sang regularly in Cuba with the ensemble on radio and television, made extensive tours, compiled full-length albums, headlined Havana’s Tropicana nightclub and even appeared in five films that were produced in Mexico.

Unfortunately, after the Cuban revolution of 1960, Havana’s nightlife came to a standstill which made her leave Cuba.

A journey that changed her life and career forever. 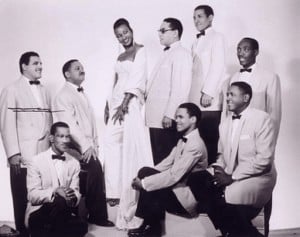 When the revolution started sweeping over Cuba, Sonora Matancera with Celia Cruz was touring Mexico and decided to cross into the United States instead of coming back home to Cuba. This led Cruz becoming a U.S. citizen by 1961, settling in New York City while enraged Fidel Castro forbade her to return to Cuba‘s soil.

In the beginning, as expected, she was relatively unknown in a new country, with a presence only in the Cuban exile community. In mid 1960s she started gaining exposure and momentum after joining Tito Puente Orchestra which had a strong following across Latin America.

Not only she became the face of the group, but Cruz captivated audiences with her enthusiasm, sparkling attires, and crowd entertainment, skyrocketing her musical career into new heights that not many could have predicted, forming one of the greatest music legacies in Cuban history. 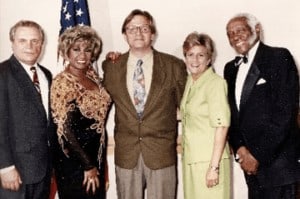 Her legacy left behind still goes strong to this day, and it encompasses so many areas that she was able to touch with her fascinating 40-year musical career.

As Celia Cruz continued to perform throughout the years, she made over 75 records of which 23 went gold, winning multiple Grammy & Latin Grammy awards. But that‘s only the tip of a legacy iceberg that still floats around today, approaching 2020.

The singer made an appearance in several movies, stamped a star on the iconic Hollywood’s Walk of Fame, and received an award of the American National Medal from President Bill Clinton. The highest recognition an artist can receive from the United States government. Cruz is remembered as one of the 20th century’s most beloved and popular Latin musicians with many tributes made for her over the years, including music schools being named after her, television series and many many more.

However, Celia Cruz did manage to return to Cuba in 1990 after she was invited to make a presentation at the Guantanamo Bay Naval Base. After that, she took a few grams of earth from Cuba with her.

An epilogue in her autobiography notes that, in accordance with her wishes, Cuban soil which she had saved from a visit to Guantánamo Bay was used in her entombment. Returning her home, forever.