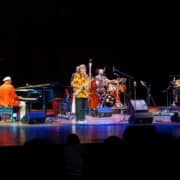 Havana Jazz Plaza is one of the biggest music festivals in Cuba all year. It usually happens around December or January. For 2020 it will be happening January 14th-20th. Some of the most famous artists from Cuba and around the world come to perform for an international audience each year. Almost every theater and music venue in Havana will have an interactive schedule of music events, public performances, clinics, and workshops. 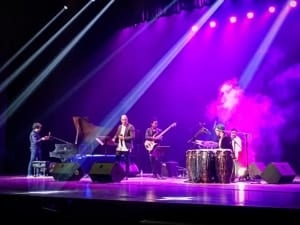 The Havana Jazz Plaza is not just Jazz, but the foundation and history is Jazz. Cuba and its musicians are very much influenced by jazz, latin jazz, and world music. This music festival is a great example of a modern day fusion. Usually you can find many artists that you want to see each day and sometimes it seems there are too many options!

The Havana Jazz Festival is organized in multiple venues all over the city and has a schedule each day full of music. Some of the best venues in Havana are available to host each concert. Venues such as Fabrica de Arte Cubano, Teatro Mella, Teatro Karl Marx, Teatro Nacional, La Zorra y El Cuervo, Bar Elegante at Hotel Riviera, Jazz Café, Casa de la Cultura, Teatro America, Cafe Teatro Bertolt Brecht, and more!

No matter if you are a fan of latin jazz, rumba, son, or even jazz fusion, this is the festival for you. If you have never been to Cuba before and you want to see the music, then this is the best music event to catch many amazing artists within one week. 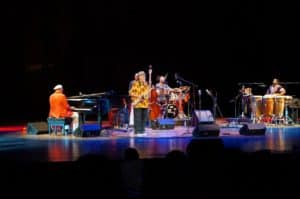 American travelers can visit Cuba with Havana Music Tours under a license for Support for the Cuban people and Public Performances, Workshops, and Clinics. Despite further regulations from the US Government it is still possible to travel legally to Cuba. Music travel to Cuba has never been easier. When you are ready, you can book your VIP Jazz Plaza pass and festival tour here.