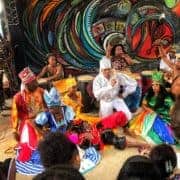 OFAC, The treasury department has issued new travel rules for traveling to Cuba. This included eliminating one of the 12 licenses called “Educational People to People Group Travel.” Keep in mind that all of the other travel licenses, such as Support for the Cuban people, Professional Research and Meetings, Journalism, and much more are still allowed.

Havana Music Tours will continue to operate under the Support for the Cuban people, and Professional Research and Meetings General Licenses. These licenses are already qualified under our current tour structure. When we travel to Cuba we prefer to stay in privately owned homes and villas called Casa Particulares. Staying in these homes is just one way of supporting the Cuban people, we also work with many musicians, local tour guides, and paladares (private restaurants) to insure that the use of Tour money goes into the hands of the Cuban people and their family.

We are constantly eyeing the changes with Cuba and U.S, and we still firmly believe that Cuba is a very safe place to travel. In fact, Cuba has some of the lowest crime rates in all of Latin America. Havana Music Tours remains dedicated to showcasing the vast amounts of cultural in the music, dance, and art scenes around Cuba. We believe it is important to maintain a positive relationship with our close neighbors. The Cuban people are some of the nicest and most hospitable people I have ever met. The musicianship and way of living in Cuba is something that I believe everyone should see in their lifetime.

On June 16th, 2017, U.S. President Donald Trump issued an order to the Treasury Department to re-write the travel regulations to Cuba. As of Today, November 8th, 2017, they have officially enacted the new rules. The basics: You can still go to Cuba. The dirty details: it can get more complicated. People to people/educational travel licenses are now limited to traveling in groups with a U.S. based representative. Good news for reading this because Havana Music Tours remains authorized under the OFAC general licenses to be your official tour guides to Cuba. The Treasury Department also released a list of Cuban military entities that U.S. citizens and businesses are prohibited from having financial transactions with. There are a lot of hotels on this list, and in fact, most of the hotels are considered to be affiliated with a branch of the Cuban military. We continue our recommendation of staying in “Casa Particulars,” which are basically “Bed and Breakfast style” – shared housing with a Cuban family. There are still a few hotels that are authorized by OFAC, and even options for entire houses and condos to be rented. Please email us if you have any questions: [email protected]

Below we have attached all of the links to the Treasury and State Department’s documentation on the matter:

Thanks for all of your continued support,

My Trip To Cuba