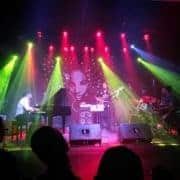 Let‘s admit it, we all love music. And with so many different genres, sub-genres, techniques, sounds, and historical aspects, sometimes it can seem like a vast ocean, almost endless. But when it comes to Cuba, and discovering its culture, one particular style stands out as a staple of Cuban rhythm of life, heritage, and history – the soul-moving Afro-Cuban Jazz. Acknowledging the intriguing and complicated development of such music genres like Afro-Cuban jazz might not be easy, but if you‘re a music fan and want to explore Afro-Cuban jazz without hassle, then let this article create you a composition of easy history notes that you will certainly love exploring!

It All Starts With Deep Roots of History

Until the mid-20th century, clave-base Afro Cuban Jazz didn‘t appear, but that doesn‘t neglect the fact that Cuban presence and influence was there, from the very moments of birth of jazz music.

African-American music started to include Afro-Cuban musical motifs extensively in the 19th century when the habanera gained international popularity.

The habanera itself was the first–ever music to be written that was rhythm-based on the African motifs which are often described as the tresillo and the backbeat combination.

An Important Interaction With American Music

During the first decades of the Afro-Cuban jazz movement was much stronger in the United States compared to Cuba.

The interaction and connection between the US and Cuba isfascinating when it came to jazz music. The early jazz bands of New Orleans jazz incorporated habaneras as well, and eventually the habanera became a staple of jazz music in the 20th century.

Musicians from Havana and New Orleans traveled between both cities to perform, while Latin American melodies and dance rhythms spread through the United States, and the sound waves of American jazz made theirs towards the Caribbean and Central and South America.

Jazz bands in Cuba started forming as early as 1920.

These bands often showcased versatility in their repertoires, by jamming both North American jazz and Cuban pop music. But even with this diversity in their lively music, the sounds that molded Afro-Cuban rhythms, pop music and jazz together, wasn‘t enough to make their presence strong in Cuba for decades to come.

Leonardo Acosta once said, “Afro-Cuban jazz developed simultaneously in New York and Havana, with the difference that in Cuba it was a silent and almost natural process, practically imperceptible.“

But that only was until Grammy Award-winning Cuban band Irakere was born and sparked a new era in Cuban jazz that is still present to this day.

Irakere made historic innovations not only in Afro-Cuban jazz but Cuban popular dance music as well, as the band made a very wide array of percussion instruments create magic. Those instruments included maracas, claves, cencerros, tumbadoras, abuaka, arara drums and many more!

Afro-Cuban Jazz Blends It All Up

It is a style of music that blends and encompasses many components to craft that soulful jazz sound. From Cuban and Spanish Caribbean rhythms and percussion instruments to jazz harmonies, improvisations alongside European and African musical elements as well.

After everything that was made and played, Afro-Cuban jazz truly emerged in the early 1940s when Cuban musicians Mario Bauzá and Frank Grillo more known by his iconic name“Machito” formed a band called Afro-Cubans in New York City.

Machito’s music not only refined Afro-Cuban jazz but also had atremendous effect on the lives of many musicians who played in the Afro-Cubans over the years, and on those who fell in love with rhythms of Latin jazz becauseof his music.

An intersection in East Harlem is named “Machito Square” in his honor.

Support for the Cuban People: The most popular travel license for U.S. Citizens...